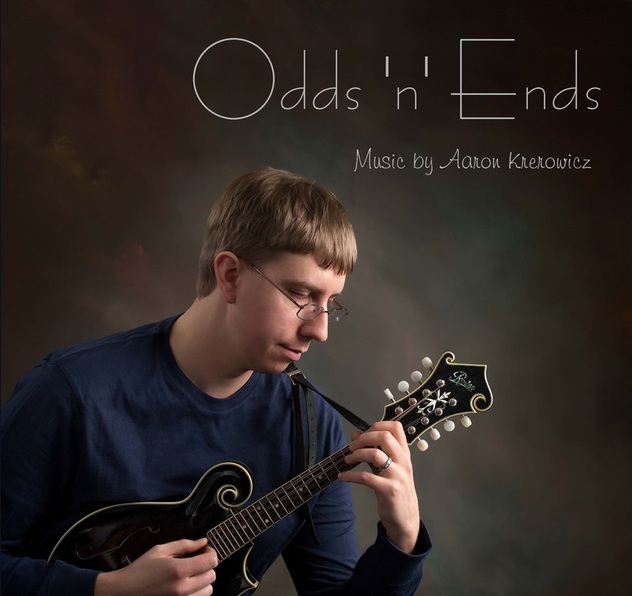 If I had to pick one word to characterize this album, it would be intimacy. For that reason, this music will likely be best understood and appreciated when listening through headphones.

I once heard a description of listening through headphones as “inviting someone into your skull.” The whole point of headphones, of course, is to limit who can hear the audio. Consequently, headphones help convey a sense of intimacy – a private relationship between a single listener and the music. While pop music is specifically designed for play on radio in cars or in busy shopping malls, this album isn't. To get the most out of this music (as is the case with any music), a listener must engage the music on the music's terms. In this case, that means a quiet setting, free from distraction – an intimate setting for intimate music.

In the fall of 2010, while a grad student at the University of Hartford, the university's theater department performed Eugene O'Neill's Ah, Wilderness! (1933). The script calls for specific songs, and those tunes would have elicited a certain emotional reaction from a 1933 audience. But to modern ears those same songs sound archaic and thus provide a different emotional response than the playwright intended. The trick for me, then, was to write music that would elicit the same reaction in early 21st Century audiences that those songs O'Neill called for would have had on audiences seven decades earlier. Two of my solutions are on this album, the first of which is this waltz, implemented as the primary musical theme of the play. (For the second, see track 15.)

Starfish are curious creatures. Viewed in real time, they don't appear to move at all. But recorded video of starfish played back at high speed reveals a surprising degree of individuality, even personality.

This piece, then, is divided into two parts: The first, lasting from the beginning to 4:45, depicts the starfish in real-time. The music is slow and atmospheric, portraying the vast open ocean. The second part, lasting from 4:45 to the end, speeds up the tempo and depicts the greatly accelerated movement of the starfish. All three instruments play an aggressive, pulsating unison, but eventually they split -- the cello soars with an operatic melody, the piano continues the aggressive pulsing, and the percussion returns to the atmospheric noodling somewhat reminiscent of that heard earlier.

Like the sped-up footage of the animal, 'Starfish' has a theme of individuality and independence -- the eagerness and courage to do your own thing.

I've never been very good with kids, but my three-year-old nephew Jordan is slowly changing that.

I've also never been much of a lyricist. While I've set many poems to music, I've never before written my own. Jordan changed that, too.

Though I doubt I'll ever actually sing him to sleep with it (he's fond of that ukulele and gets rather excited whenever he sees it), 'Blue Tides' is a lullaby dedicated to him. You are loved, little Jordan.

Violet mist on carmine canvas,
Wafting fog and smokey vapors,
Poised so quietly above the surface
Slowly glide away.

Midnight waters softly lap on the sand.
Sea-foam streamers line the liquid edge of the land.

Amber shades, a solar lighthouse,
Soon appears on the horizon
Spilling beams of brilliant sunshine
As the night gives way.

Shellfish wade in moon-made basins
Waiting for the tide's arrival.
Here it is, the water's coming.
Quickly swim away.

Ocean waves flow fresh and anew.
Waterfalls below the surface
Pull in pools which splash and pour over you.

Purple clouds on starry backdrops
Float out to the open ocean.
Close your eyes and you'll go with them out there
As you drift away.

Before taking a leap of faith and committing wholeheartedly to a full-time career as a Beatles scholar, I worked many part-time jobs. One was teaching piano. During one particularly stressful lesson in which I was having major difficulties engaging the student, I decided to abandon the lesson book entirely and instead start improvising. The only rule was to play only the black keys. I would play, then the student would respond with improvised music of his own. We established a sort of jazzy dialogue that was much more engaging than the classical music in that old lesson book. It was an idea I returned to many, many times, with both children and adults because it so quickly engages students. 'Mr. Arnold' (named after the student on whom I first tried out this kind of playing) is loosely based on that black-key jazz improv.

It is structured in three continuous movements. I Perpetual Motion is a cannon between all six mandolins, II Starlight employs non-pulse-based counterpoint, and III Hoedown mixes minimalism with bluegrass.

Вероучение (pronounced veh-roo-CHEN-yeh) is Russian for "creed". It's my take on a capella Russian orthodox liturgical music, which emphasizes low basses (of which I am one). I selected five of my favorite bible verses, writing one movement of music for each passage of text.
​
​I [Luke 11:9-10]

[Ask and it shall be given to you;
seek and you shall find;
knock and the door will be opened to you,

[Test everything,
hold on to what is good.]

[Do not store your treasures on earth,
where moths and rust destroy,
and where thieves break in and steal,

but store up your treasures in heaven,
where moths and rust do not destroy,
and where thieves do not break in and steal.

For where your treasure is, there your heart will also be.]

[Truly, truly I tell you:
You will weep and mourn
while the world rejoices.
You will grieve,
but your grief will turn to joy.

Ask, and you shall receive,
that your joy can be fulfilled.]

[Consider it pure joy, my brothers,
whenever you face trials of many kinds,
because testing your faith produces perseverance.

Like 'Connecticut Counterpoint', 'Mandolin Phase' is another minimalist mandolin piece modeled after Steve Reich –- in this case his 'Violin Phase', 'Piano Phase', and 'Clapping Music'. The music is written for two mandolins, both playing the same musical snippet over and over again. One remains at a constant tempo throughout, while the other accelerates ever so slowly, phasing with the constant mandolin one 16th note at a time until by the end they are once again perfectly synchronized.

'DOWN' is written for a single piano, but is meant to be played by three pianos - one playing in the middle register (as written), with another playing the same notes an octave higher than written, and another still playing one octave lower than written.

The first movement, Iris, is a reference to my post while working at the Ravinia Festival in Highland Park, IL during the summers of 2005 and 2006 (I was stationed at Iris Lane); and the second movement, Hail, is a musical depiction of a hail storm that pummeled Indianapolis in the spring of 2005.

'Iron Fist' is a chaccone (music with a repetitive bass line) for solo guitar. The entire piece uses just one left-hand shape that never changes throughout, hence the title. That shape is the standard E major chord, which is always maintained but progresses up and down the neck of the instrument and across the strings. In addition, not all six strings are used all the time. Sometimes only the low strings are played (0:00-0:42 and 1:34-2:27), other times only the high strings (0:42-1:12).

'Color in the Rocks' is an artistic recreation of the process of an observer/listener becoming progressively more acquainted with his or her subject. The title comes from a drawing by my mother (the piece is dedicated to her) of rocks along the shore of Lake Michigan. The drawing began as a basic landscape with what at first appeared to be monochromatic gray rocks. However, the more she drew, the more closely she looked at and paid attention to the rocks, the more subtle color variations she saw in them, the more those colors influenced the drawing. The result was not at all a realistic portrayal of those rocks, but rather showed all the colors she saw in them – colors that were, in reality, there, but which had been greatly exaggerated through artistic license.

This music attempts that same concept sonically: The more one listens to cars passing, the more pitch and even tonal relations will emerge from an otherwise "unmusical" sound source. What begins as raw, unaltered recordings of automobiles are gradually processed and filtered until the result is completely unrealistic –- an exaggerated artistic recreation of the original sounds.

The idea is that the more you listen to the sounds of cars (look at the rocks), the more pitch (color) you hear (see) in them.

​​While the waltz was the primary theme of my music for Ah, Wilderness! (see track one), a secondary theme was this rag, deftly performed by my good friend Ed Knoeckel.

I lean more towards the rational and analytical than the sentimental. I'm probably more left-brained than right-brained. But 'Prelude' was my first composition in which emotional expression was paramount. Unusual for me, I just wrote what I felt.

​Since it came to me during the low point of my life so far, it's not exactly happy music. And yet despite the sadness, there's also something profoundly satisfying about it -- more so than any of my other pieces. For that reason, I've given it the important role of concluding track.